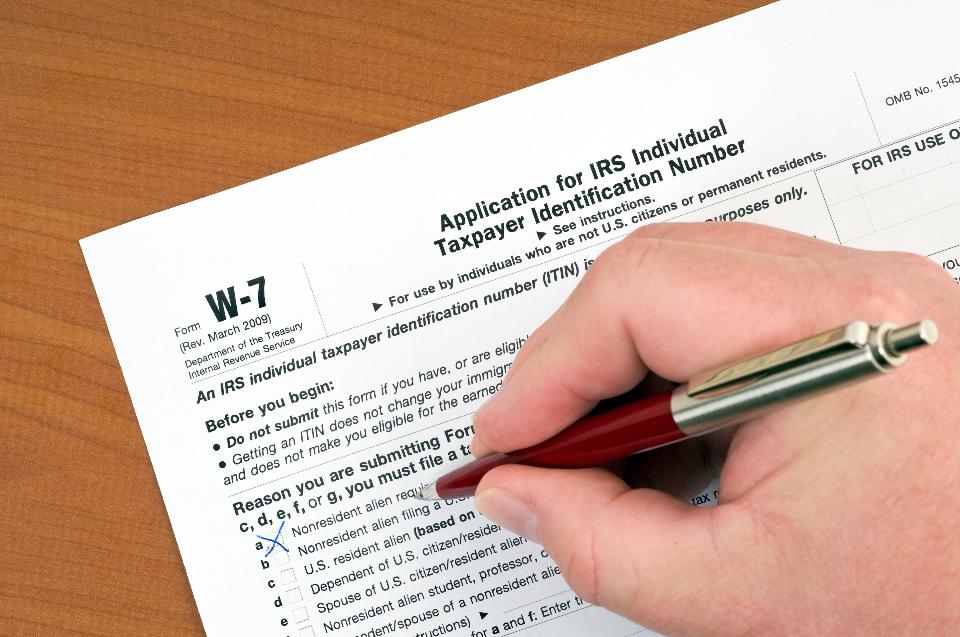 We recently did an interview with regards to undocumented immigrants filing tax’s. Thank you to Infinity Insurance for taking the time to address this topic and informing as many as they can.

Infinity has a great network of independent insurance agents who sign people up for Infinity Insurance and get them the best deal. Many of our agents are also tax preparers, so when we had questions about Latinos and taxes, we knew just where to turn. Michael Palmer, of Palmer Income Tax in Santa Ana, California, talked with us about filing taxes for undocumented immigrants. The first thing an undocumented immigrant has to do to file taxes is get an ITIN number, and they are in luck if they stop by Palmer’s office. He has agents on hand who have been licensed by the IRS to verify ID and get ITIN numbers from the IRS, greatly expediting the process for his clients.

“It’s no different with regards to filing,” he said. The difference seems to come into play when it comes to tax credits.

Rumalda Medina, of Medina’s Tax and Insurance in Miami, explained that undocumented immigrants can only qualify for the Child Tax Credit and tuition credits such as the American Opportunity Credit. The reason for this is that you must have a valid Social Security Number for other credits, such as the Low Income Credit. Unfortunately, both Medina and Palmer have seen abuse of the Child Tax Credit and other manipulations of undocumented immigrants by crooked tax preparers.

“[Undocumented immigrants] are quite often taken advantage of because they have no knowledge about taxes,” Medina said. “People take their money… by withholding more than is necessary and charging a high rate.”

One example Medina has seen is tax preparers charging undocumented immigrants the penalty for not having insurance, even though they are not required to be insured. That means the “penalty” goes straight into that preparer’s pocket.

Palmer said he sees the misuse of the Child Tax Credit, a $1000 credit issued for every child under the age of 16, “almost on a daily basis.”

“A lot [of people] are uneducated, paying and trusting. When they get audited [the preparer] takes the money and runs,” he said.

As for how these crooked tax preparers get away with manipulating people, Medina says, “Nobody will call and report them.”

Joey Hernandez, of JL Hernandez and Associates in Miami, adds that crooked tax preparers file as if their client were filing rather than the tax preparer filing on the client’s behalf. Accredited tax offices like his use a pin number that is regulated by the IRS. Hernandez prepares taxes for undocumented immigrants mostly from Mexico. He also files taxes for many Cubans, but they tend to have Social Security Numbers and therefore can file without restrictions. He said about 25 percent of his clients are Latino, but less than 5 percent are undocumented.

“People [act as though] cheating on their taxes [is] like stealing grapes at the supermarket,” he said.

Medina’s advice for Latinos and other first-time tax filers is to “ask questions. Know what is in your return. Know your credits.”

She also advises people to be careful with their refund checks, and not spend it on unneeded items. “Write down the things you want versus the things you need, and save money for a rainy day,” she said.

Hernandez had similar advice. He added,” Don’t expect to get it all back.”

He sees a lot of young, first-time filers who “don’t really grasp” that they won’t get a complete refund.

Another interesting event Hernandez has seen is a spike in insurance policies during tax season, because people use their refunds to buy cars or pay the fines to get their license.

Tax season can be hard on many people, but especially on those who are not familiar with taxes already, such as first-time filers. The confusion around taxes is multiplied when an undocumented immigrant needs to file their taxes, which is how they often get taken advantage of. Luckily, there are people out there like our Infinity agents who are fighting the good fight as honest tax preparers.

The original atrical is posted here